Futurium Berlin is a showcase of society, life and a system in some time to come. It promises amazement and excitement to visitors, displaying how we will live in the future. NION community went there vor a visit, and Kensuke Nishimura, a sustainability tech expert, is giving you his impression with focus on the topic “energy”.

“The human beings DO not seriously fight against the climate change, though the impact of the climate change caused by human activities has become more visible”, young generation go on the street on Fridays and speak it out loudly.

We don’t have much time left to keep the rise of the global temperature by 1.5 degrees Celsius. This temperature rise of 1.5 or maximum 2.0 degree Celsius is what many scientists take for indispensable in order to sustain human society, but it’s still possible.

Some scientists, media outlets and young people do not use the word “climate change” but “climate crisis” and the school children who join “Fridays for Future” call for real actions against the global climate crisis. This is a background why the United Nations held the Climate “Action” Summit in the last September which became well-known for the speech of a 16-year old Swedish girl Greta Thunberg.

We are literally facing an urgent need of re-designing our society which provide us the more opportunity of the self-determination of energy. In other words which energy we use for our daily-life and how.

Germany has strived for the last decades to change its system in which energy is produced, distributed and used. This is called “Energy Transition” or “Energiewende”.

The basic principles of Energiewende are decarbonization, digitization and decentralization of energy supply. The essence of the lessons learned from German Energiewende is that you should and can change the world.

The exhibition’s topic “Wie Groß Ist Meine Welt? (How big is my world?) is exactly what helps you to understand this. Some citizens now provide energy to meet their need. Renewable energy is a key to make it happen. This is not a story a visionary talks about. It’s real.

Have you heard about energy cooperatives?

Energy cooperatives play a fundamental role in Energiewende. Why? Because members of the energy cooperatives decided which resources they use to produce energy. They plan, finance and operate their renewable facilities. Now more than one thousand of these are distributed across the country, the exhibition says. Small players like you are changing the landscape of the German energy system fundamentally.

“In the future, citizens can play a key role in the energy system”.

On Futurium’s roof top, called Skydeck, you see large photovoltaics and solar thermal facilities which produce electricity and heat from solar radiation. This is an example of what renewables can do. 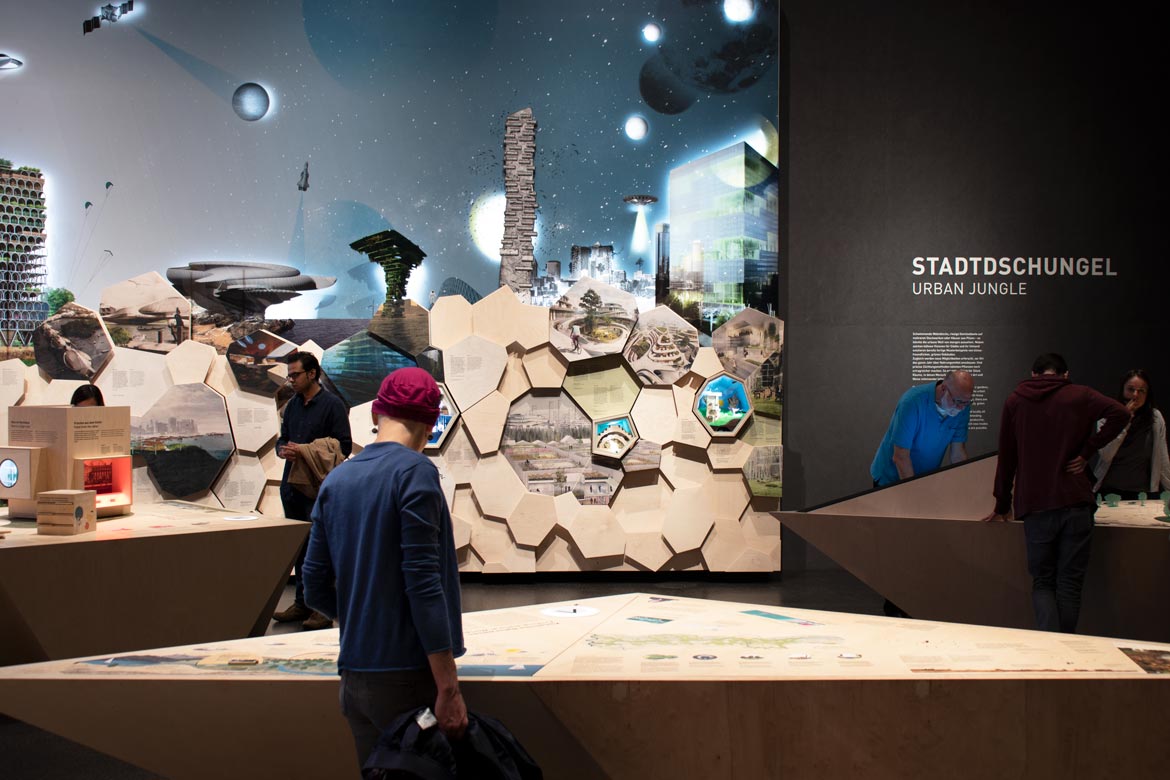 Rooftop greening might become a popular way to maintain the urban climate. In some German cities, all new buildings are obliged to green their rooftop (or install renewable energy facilities) and a funny concept you find at Futurium are sheep grazing on the roof!

Another example is a “digital twin” of a city, called an “invisible city”. IoT (“Internet of Things”) technology creates a virtual copy of the city and city is going to manage itself without the intervention of human beings based on its real-time condition automatically evaluated through the data collected in the digital twin. This has an enormous potential to increase the efficiency of material use and reduce the energy consumption of the city, leading to a low-carbon city.

Energiewende’s primal goal is to save energy without lowering anybody’s quality of life.

Why is nuclear interesting?

One thing I found interesting was the theme “Harnessing Powerful Forces (Gewaltige Kräfte beherrschen)”. This area explains about the powerful force people produce with nuclear fission and fusion.

Germany will phase out from the nuclear fission technology in 2022. It is clear that it will have no place there in the future. But Germany considers there are countries which will need this technology instead of investing in coal fired power plants.

I could imagine that the planners of Futurium had tried to design this area in a fair and neutral manner as the visitors are from all over the world. Many of them are from the countries which promote nuclear fission, like Japan. Doraemon, a nationally popular ANIME/MANGA character, is introduced as an iconic symbol powered by a nuclear technology.

Greifswald, a small town in the former GDR, is now famous for a nuclear fusion technology research institute settled there. So Germany seems to have a will to establish this technology in the future.

My personal perception is that the German Energiewende, creating a decarbonized, decentralized and digitized society, will be broadly completed by 2050 so that there will be no room even for the nuclear fusion technology. But let’s see! 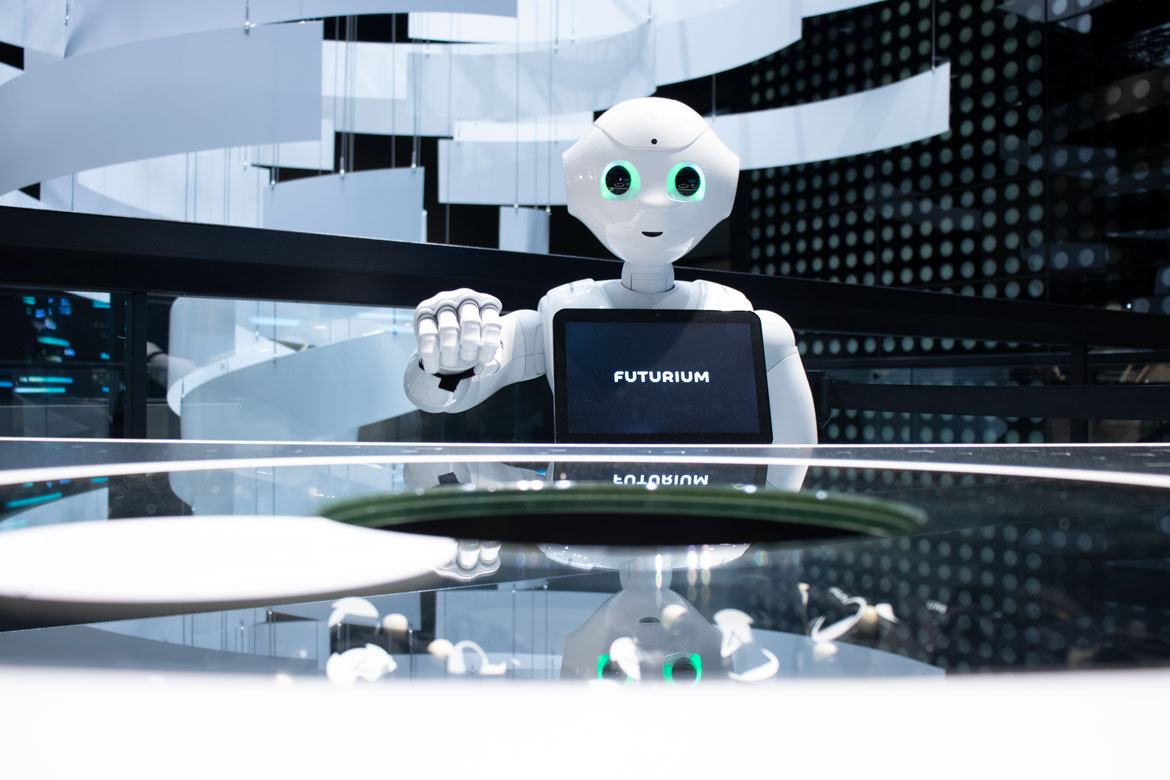 To sum-up, it is worth to visit Futurium. If you are interested in an energy system, a great joy is promised. If you are not, this will be the first place to open your mind to the future of energy.

The ideas introduced at Futurium seem unreal. But they ARE real. It is happening now!