Some weeks ago, NION organized a presentation by a Tokyo-based shoe craftsman, Noriyuki Misawa. While showing us his art pieces he walked through his artistic innovation and told us how he became one of the most unique shoemakers alive.

What are shoes? They are garments you wear on your feet to protect and comfort them against bumpy roads. For many they are fashion items that steal your eyes. They can also turn into a flower pot. Ever since we started to walk on two feet, we have been trying to perfect their design, material, and shape to fit into our constantly changing modern lifestyle. Undeniably, you can’t live without shoes. Wherever you go, you may take them with you.

But have you seen shoes as a piece of art? For Tokyo-based shoe craftsman Noriyuki Misawa it’s not even a question. During the day he makes bespoke luxury leather shoes. At night, he turns his imagination into shoe sculptures. These are inspired by music, leather wastes, traditional Japanese patterns and ancient reliefs, celebrating the formative beauty of the medium. His unique creations are praised worldwide, having held exhibitions in Japan, Cannes and London and favored by international clients such as Spike Lee and Park Chan-Wook. Even the Japanese Imperial Household assigned him to be their select shoe-maker. 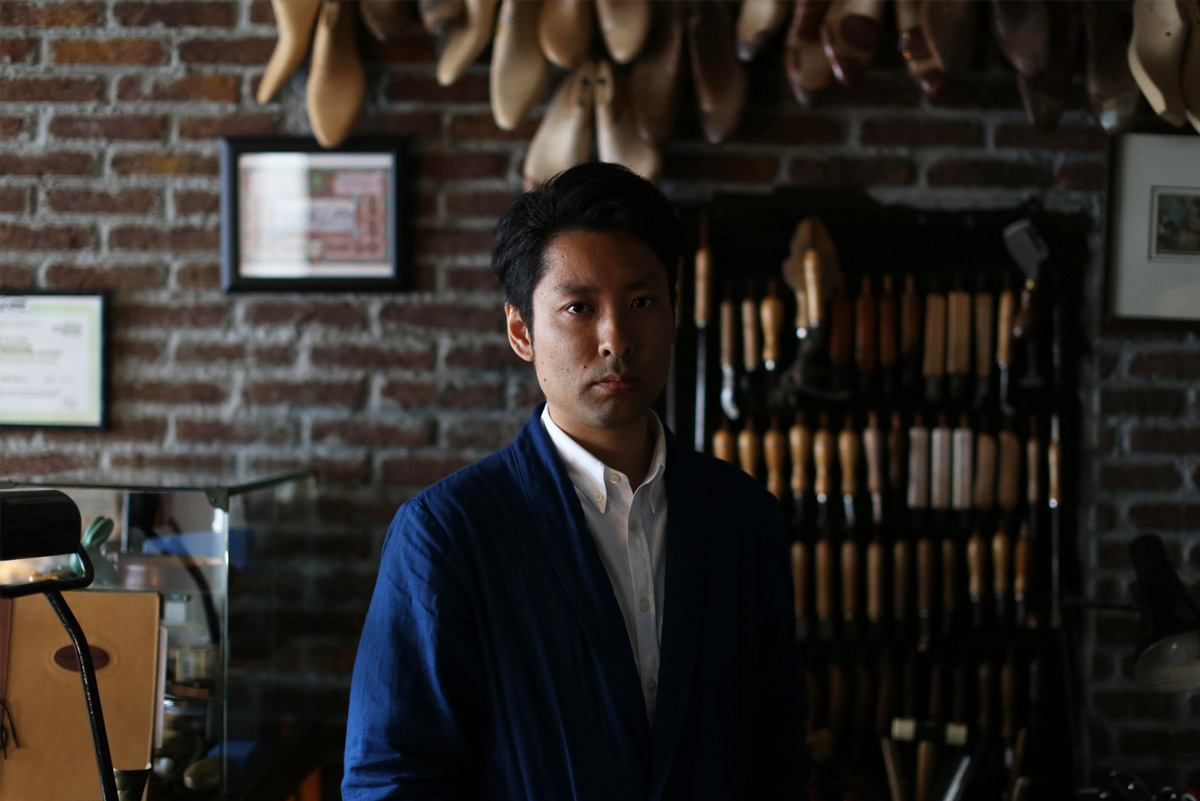 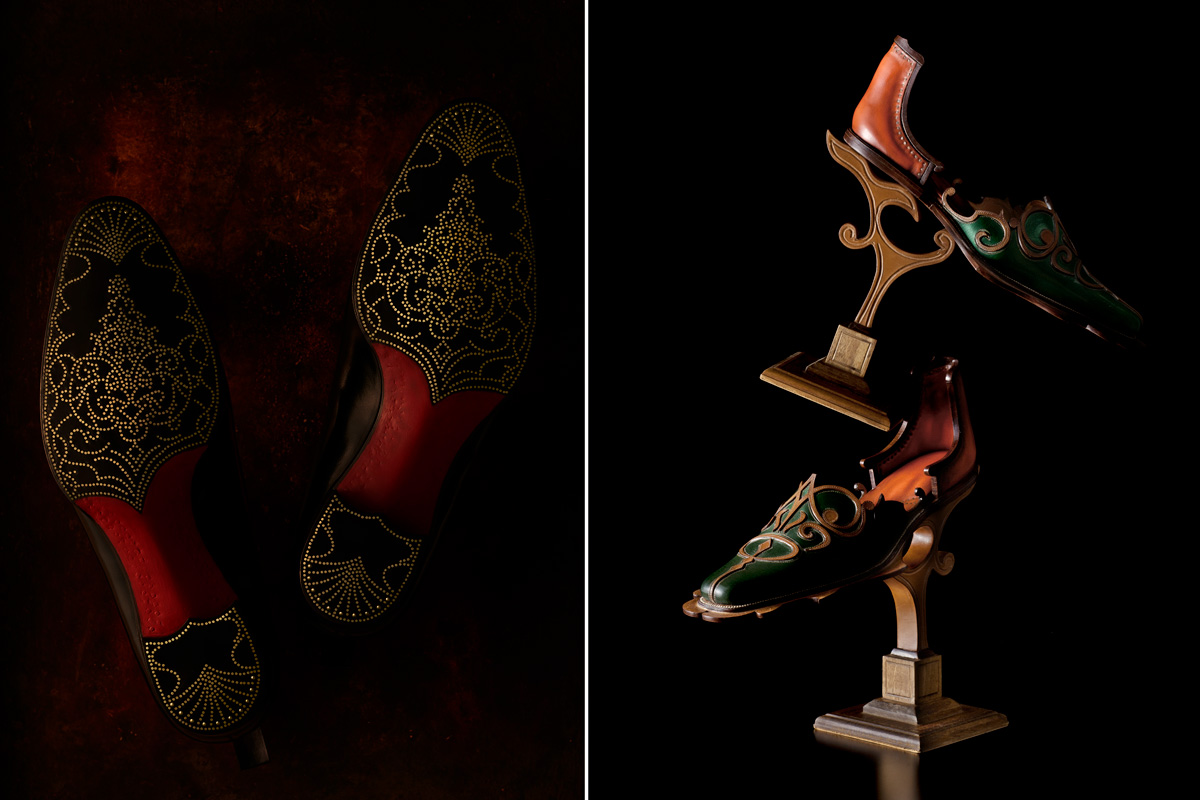 Making an intercultural exchange between Japan and Berlin is one of NION’s core values, which is why we invited Noriyuki Misawa to talk about his endeavour as an artist-shoemaker. The venue was packed with young artists from Berlin and Japan, both seeking to get inspiration. For this occasion Misawa brought most of his signature works and put them on the table so that the audience could later look, touch and study.

Misawa told us that pursuing his career as an artist was not always easy. After finishing his apprenticeship in Asakusa, he headed to Vienna to polish his technical skills, a city known for its art and shoemaking. Instead he was showered by fresh inspiration and ideas, especially by the works of Gustav Klimt, and began to see shoes as an artistic object. It is when he started to push forward to create art pieces. In 2014 he held his first exhibition in Ginza Gallery in Tokyo. “But it wasn’t as successful as I wished it to be.”, he said.

Shortly after his first exhibition, Misawa was invited to host a workshop in the USA, which led him to hold his second exhibition in New York City. “I was surprised that people there came to see my work. The idea of making art pieces from shoes was new to them and it drew attention from curious New Yorkers.” The experience of wider exposure and appreciation motivated and moved him further, creating another successful exhibition in Cannes. 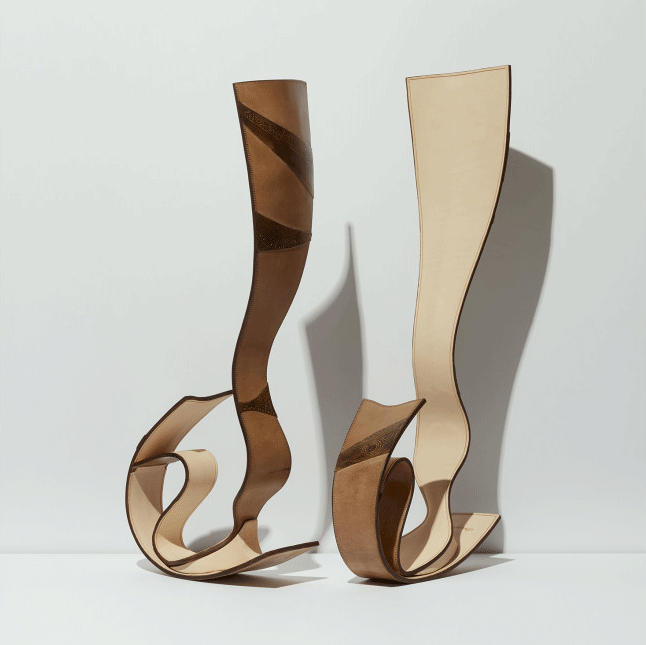 Today, Misawa continues to challenge his limits both as an artist and craftsman. His latest project was to craft shoes tailored for Henning Schmidt, a Berlin based pianist. After an elaborate interview with the musician, he made shoes that reflect the shapes of a grand piano that fit perfectly to his client. Hennig Schmidt said, “To me, it is important to be able to feel the ground, the earth. Because it is where I get my energy and inspiration from and Misawa really answered to my needs. These shoes are not just beautiful, but also very functional.”

Misawa is now thinking about experimenting more with materials. He questions himself what he can do as an artist and craftsman to make the world a better place. “I was told lately that there’s not really much the shoes can do. I was shocked. Shoes are essential items for living and I want to prove the person wrong.”