The de-escalating use of an escalator

In 2016 I lived in Tokyo for six months. I wanted to learn the language, take a close look at everything and get to know the country from an everyday perspective that goes beyond the clichés. This is another part of my series on these observations.

There are apparently unwritten laws in Japan concerning both taking the elevator and the escalator. It goes without saying that one side of the escalator is intended for standing and the other for walking. Theoretically, this concept also exists in Germany, but in reality it’s quite different – at least in Berlin.

In Tokyo, for example, when people get off the subway, they head towards the escalator. Those who want to use it while standing form a queue and wait their turn. Sometimes the queue is so long that it leads away from the escalator and somewhere forms a hairpin turn to finally take you to your destination. However, hardly anyone cuts in and certainly no one dares to stand on the right side of the escalator, since it is reserved for those who are in a hurry and want to walk. I was always very grateful for this free passage and rarely chose to stand.

In order to avoid chaos on the stairs and in the corridors, there are even a few written “laws”: Usually, signs tell you on which sides to go up and down respectively, and even where to walk. Naturally, most people stick to it. So after my return from Japan, it was a big challenge to get used to both the enforced standing and the harsh behaviour of the people while using crowded escalators or stairs again. But I suppose I’ve become ruthless myself by now. 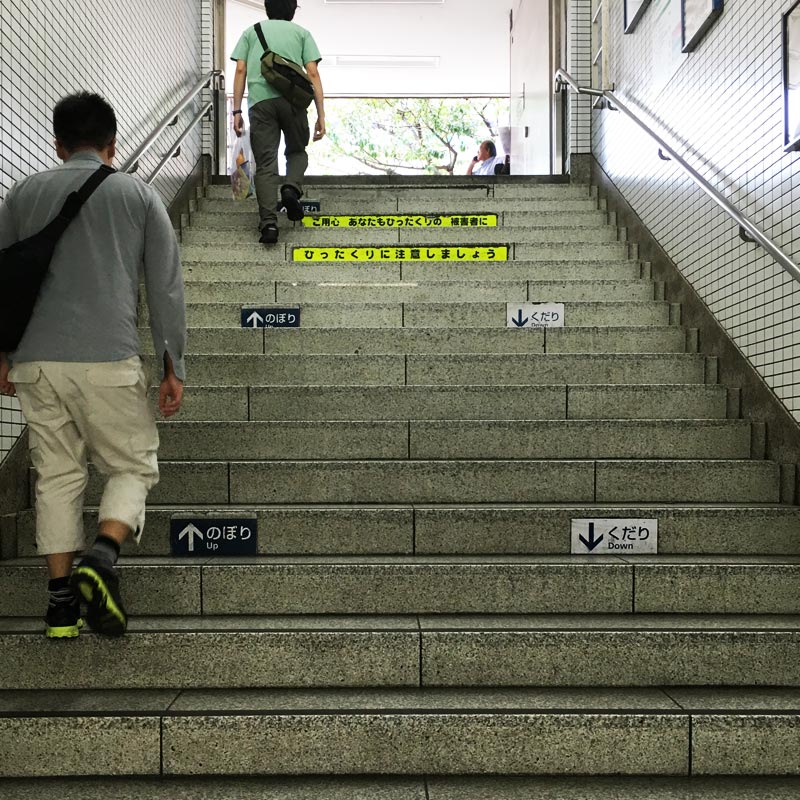 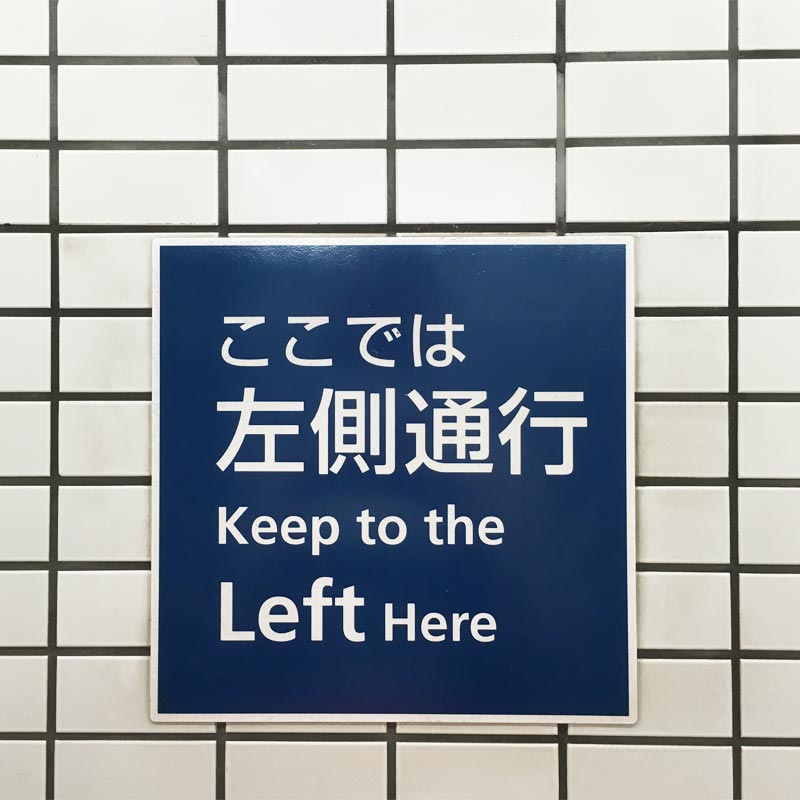 The unwritten elevator law is more subtle and certainly negligible, but for me it is a symbol that most people care whether they hinder others or get on their nerves. In Germany, many elevators have only one button that can be used to reopen the door during automatic closing or to keep it open from the start. In Japan on the other hand, there is always a button to close the elevator door.

The person who gets into the elevator first, often puts a hand into the light barrier, next to the retracted door to keep it open, or presses the OPEN button immediately until everyone has entered.

The person closest to the control panel is now responsible for pressing the OPEN button when the elevator stops until everyone is safely out and in, and then pressing the CLOSE button to continue the ride quickly. This does not mean, however, that people who have just arrived will be refused entry. At least I didn’t observe this behaviour – whereas in Berlin it occurs once in a while. There must be a reason why the word Schadenfreude is known beyond Germany’s borders. Naturally, no one is talking loudly in the elevator. After all, the world is exhausting enough already.