2019 made the 25th anniversary of the close citizen friendship between Berlin and Tokyo, which also extends to the fields of art and subculture. On November 29, we celebrated this special connection at the mega city’s beloved club, Circus Tokyo and focused on the well deserved rise of female artists in Japanese and German club culture. On behalf of the German Embassy, we brought together great women from Berlin and Tokyo who are not only successful DJs, but also support diversity in club culture by speaking out and taking action.

It is always important for us to enable a deeper exchange and reach as many people as possible, which is why we also organized a panel discussion at SUPER DOMMUNE, a renowned Japanese streaming platform.

So on the night before our club event, Sarah Farina, DASCO, Sapphire Slows and Naz Chris talked about women in the German and Japanese club scenes, challenges of gender imbalance, and the concept of safe space in nightlife. The discussion was held as a part of Scopes Tokyo, a series of panel discussions driven by Porsche, and was facilitated by Yuko Asanuma, a Japanese music journalist, artist manager and booking agent, based in Berlin. 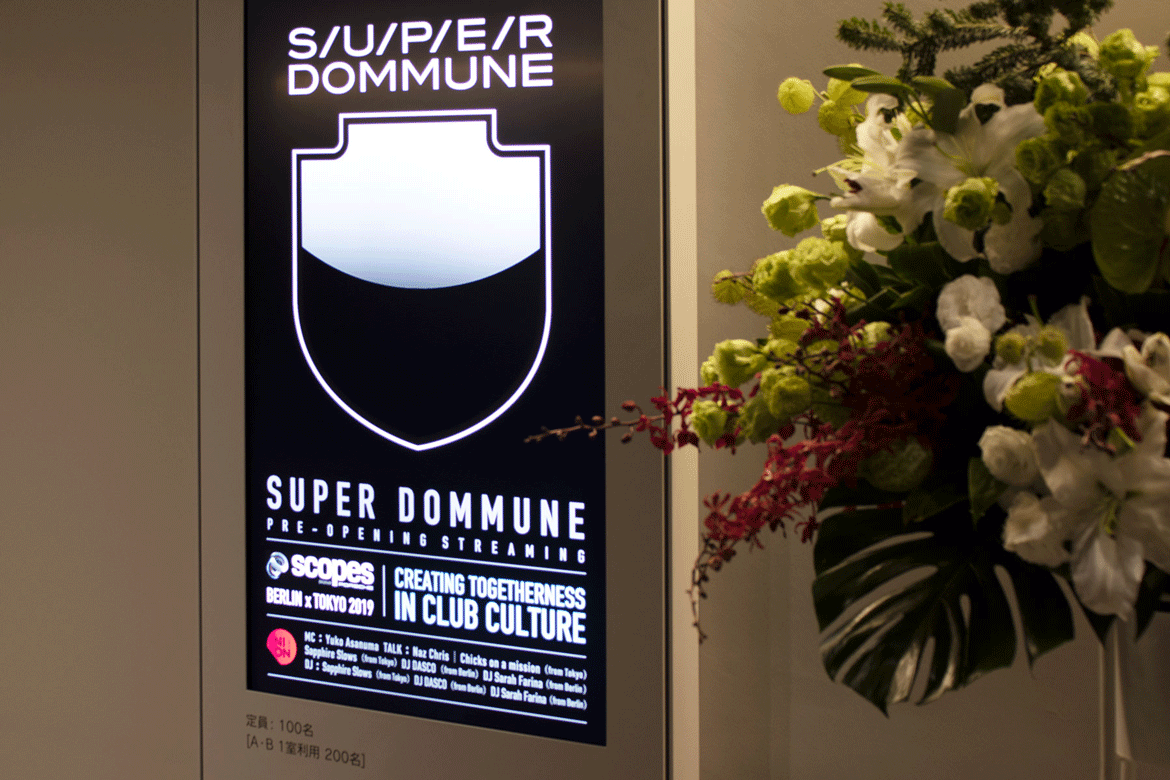 Differences in economy and culture

Following a conversation about the night time economy which was aired before ours, we start with this premise: As Berlin is valued and often referred to as one of the most successful cities that has a nightlife scene both rich in culture and economy, how is it different from the scene in Japan and how can Japan learn from it? What are ways to create togetherness in club culture?

According to Sarah, Berlin clubs often open long hours: “I think one of the things that is essential for Berlin club culture is that clubs are open until the end. I guess a lot of people are aware of the club called Berghain? As far as I know, you can go there on Friday and leave on Monday.“

Not only the opening hours but also Berlin’s steady infrastructure give people more freedom. For example, buses are circulating all over the city throughout the night and on the weekend both subways and S-bahn will run all the time. Whereas in Japan, means of transportation at midnight are very limited. Trains stop after 1 AM and a taxi ride can be shockingly expensive.

Yuko notes that the entrance fee is also quite significant: “There’s definitely a big difference in entrance fee. Although Berlin is gradually increasing its prices, they are often still under 10 Euro and, if you’re lucky, free. In Tokyo, even local club events can cost as much as 2,500 Yen to 3,000 Yen. And you’ll buy drinks on top.” From limited transportation to entrance fee, clubbing in Japan indeed is expensive. This economic difficulty may be hindering the growth of a vibrant nightlife and night culture.

When asked about the uniqueness of Berlin’ club culture, Sarah says that most of the clubs in Berlin are underground clubs. Naz follows: “I think it’s wonderful how artists and organizers are proud of their underground contents. Even though there are other huge and commercial venues and events, they don’t see each other as a competition. They have enough confidence to lead their own culture. Back in the 90’s and early 2000s, many artists and organizers from Tokyo were inspired by Berlin’s attitude.“

Then how can Japan cultivate its own club culture without risking to lose its edge? Naz’s vision is to create what has been forgotten in the past: a place where people can feel free without the restraint of ‘common sense’. She believes that economic help is essential in order to do so.

“We are starting to see more and more companies supporting the night time economy. If we are able to do what we want by collaborating with them without damaging our culture, I think it would be ideal. That’s why it is important for artists like me to believe in what we do and be more exposed to people who may support us.” 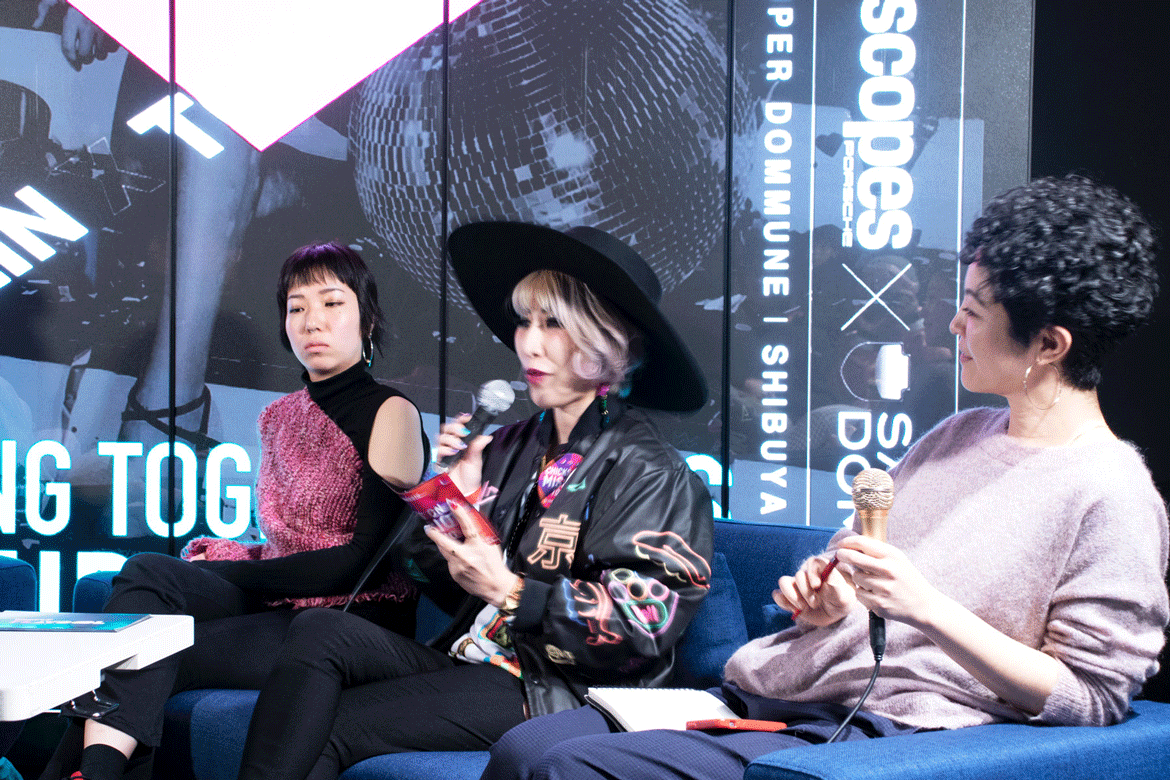 The importance of creating a safe space

What kind of social cues is Japan taking from Berlin’s club culture? According to Sapphire Slows the concept of “safe space” is gradually becoming more and more crucial. In fact, some club organizers in Japan are taking hints from Berlin’s queer clubs to make their statement. She continues:

“I think one of the reasons what makes Berlin’s club culture special is their strong opposition against discrimination. Historically, any form of discrimination, especially racism, cannot be accepted. Germany is also actively welcoming immigrants. I think it is making a big impact on club culture as well. My vision is to create a space where you will never be judged for your race, nationality, religion, and of course, gender.“

Creating a safe space is also one of Sarah’s visions for the future: “When we feel safe we can all be our true authentic selves without being judged. That’s when people can feel the happiest. My vision is to cultivate more joy and have more of those moments together.” 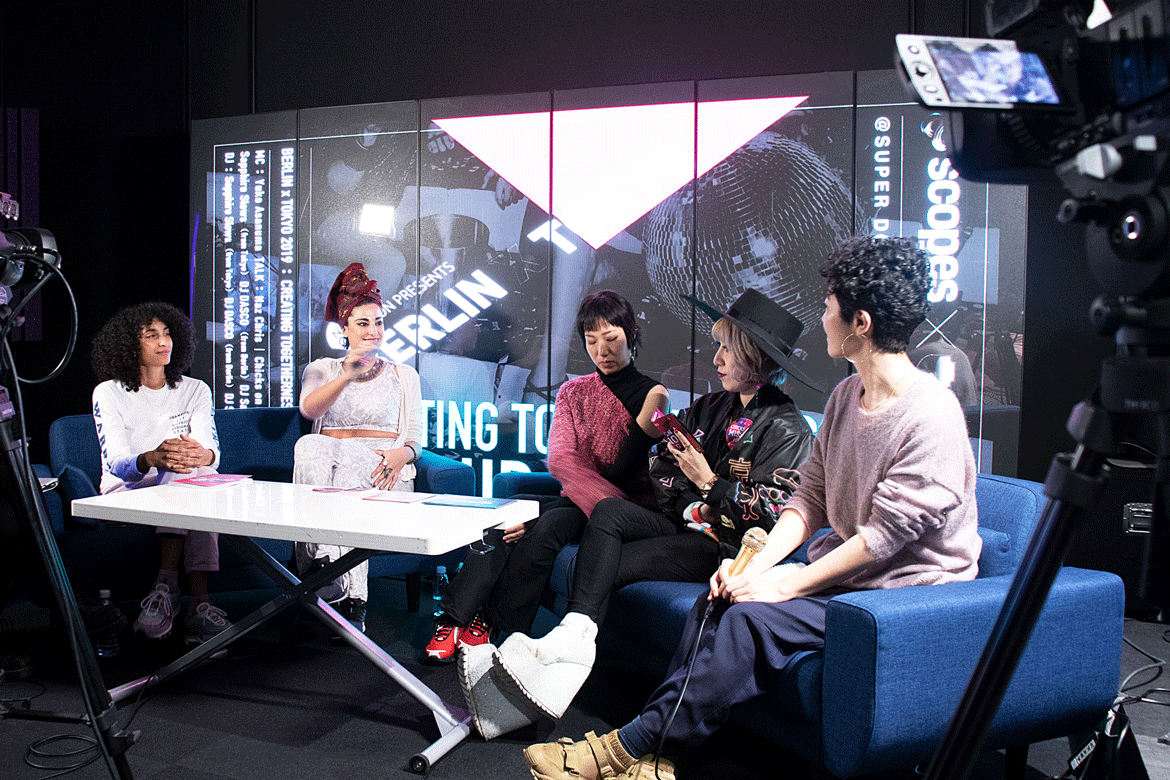 When it comes to gender equality in club culture in Japan, women still have a much harder time than men. For example, men often dominate the lineup (Sapphire Slows once faced criticism for pointing out the male to female ratio of an annual music festival). Not to mention, there’s a noticeable gap in payment. Sapphire Slows is one of the first artists in Japan who voiced opinions about gender inequality in the Techno music scene: “Three years ago, only few people dared to talk about about the issue. Sometimes people ask me “how do you feel about this as a woman?”. Just being a minority DJ or female DJ is political.”

Yuko noticed the importance in creating a diverse cast when booking artists in Europe. She explains that nowadays there are a lot of artists including popular male DJs who demand a more diverse lineup with 50:50 male to female ratio. It is not just gathering popular artists that makes a successful event. It is conscious decision making processes from both organizers and artists that make a truly equal environment possible. This aligns with Sapphire Slows’ view: “To me I cannot be the only female DJ. There must be other women, non-binary people and people of color in the line up. I make rules to point it out to the promoters. I also suggest DJs to them. Some promoters ask me first. When we can exchange such positive and friendly feedback, both of us can grow.” Sarah agrees:

“If I get a booking email and feel tokenized, when they just want to book me because I’m a woman of color, I actually let them know, but in a kind way. So we can start a respectful conversation on equal footing. Most of the time it’s very interesting and helpful. That’s why I try to practice my empathy and not just hate on everybody, because I think most people want to do good.“

Speaking to each other instead of talking about each other 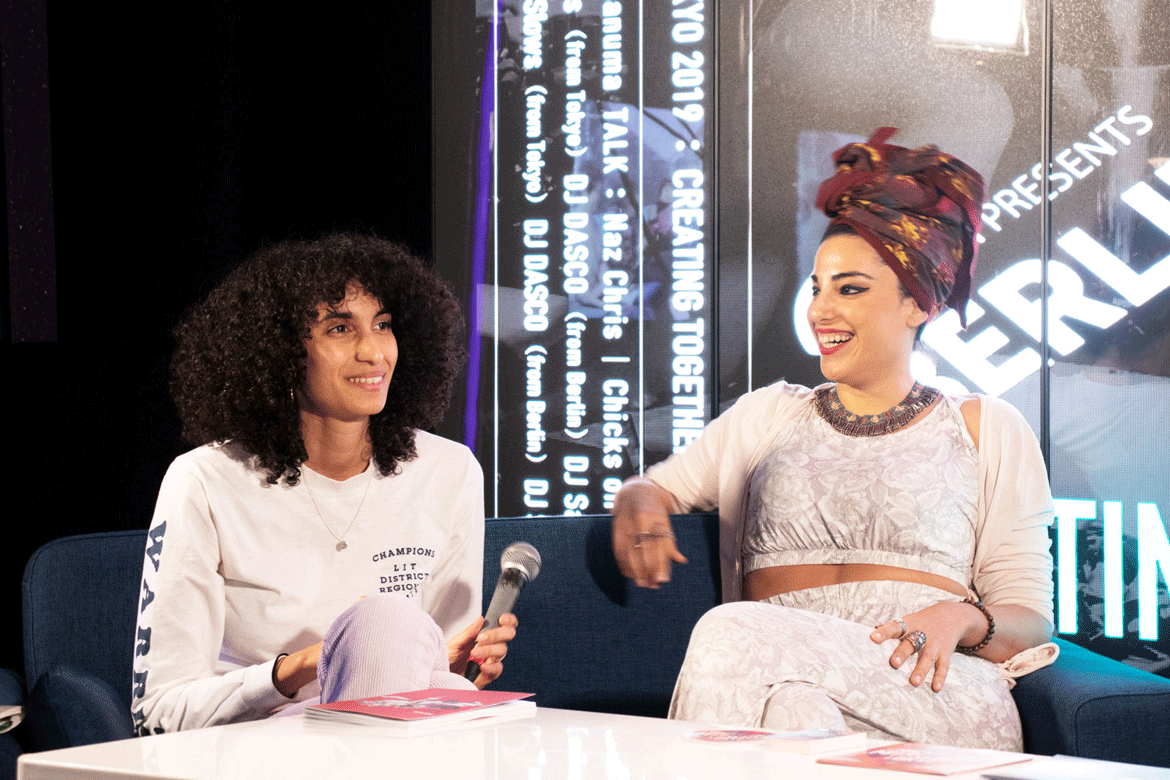 But the ultimate question is…what can we do to make it better? DASCO says it is important to stay positive and hopeful:

“My vision is to take part in the revolution that is happening now. It’s a positive revolution we are all witnessing. More and more women are succeeding to reach positions of influence and equal status to men. I want to inspire other women and to serve an example that you can totally succeed in the music scene. Although you are a woman, it’s definitely possible. All you need is to stay positive“

For Sarah, the act of kindness is key: “Activism for me is about activating the heart and the mind. And I try to practice deeper listening and empathy in general. Not just in the music field, that goes for everything. It’s so important to have kind conversations with people who don’t acknowledge the problems and the inequality. In order to achieve better vibes everywhere we need to speak to each other instead of talk about each other all the time.” She believes that it gives them space to better themselves. Her wish is that more people with privileges, for example straight white men, speak up about these issues and don’t leave it to minorities to solve them.

As society becomes more diverse, it is important to create a space where everybody can feel supported and seen without being judged. It doesn’t just go for club culture.

Sarah believes that exchanging ideas and feedback is essential to make the world a better place. “We should share information about the things we have in common and the things we don’t have in common – and then try to find a solution. I think in order to make change happen, it’s very important to think in an epic way. Dream very big. Because that’s the very first step for change. Together we can write history.

Once we’ve established such a safe space for each other, we can begin to create a more harmonious environment. We believe that’s where the culture grows and the economy follows. 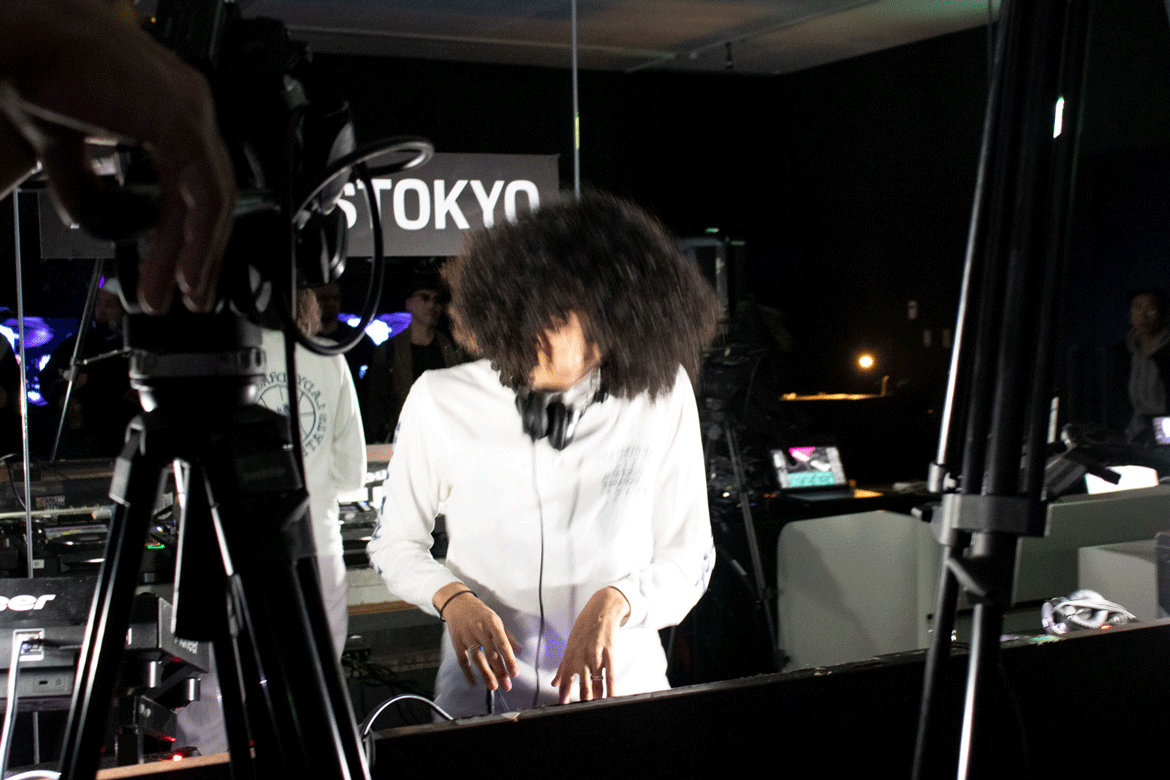 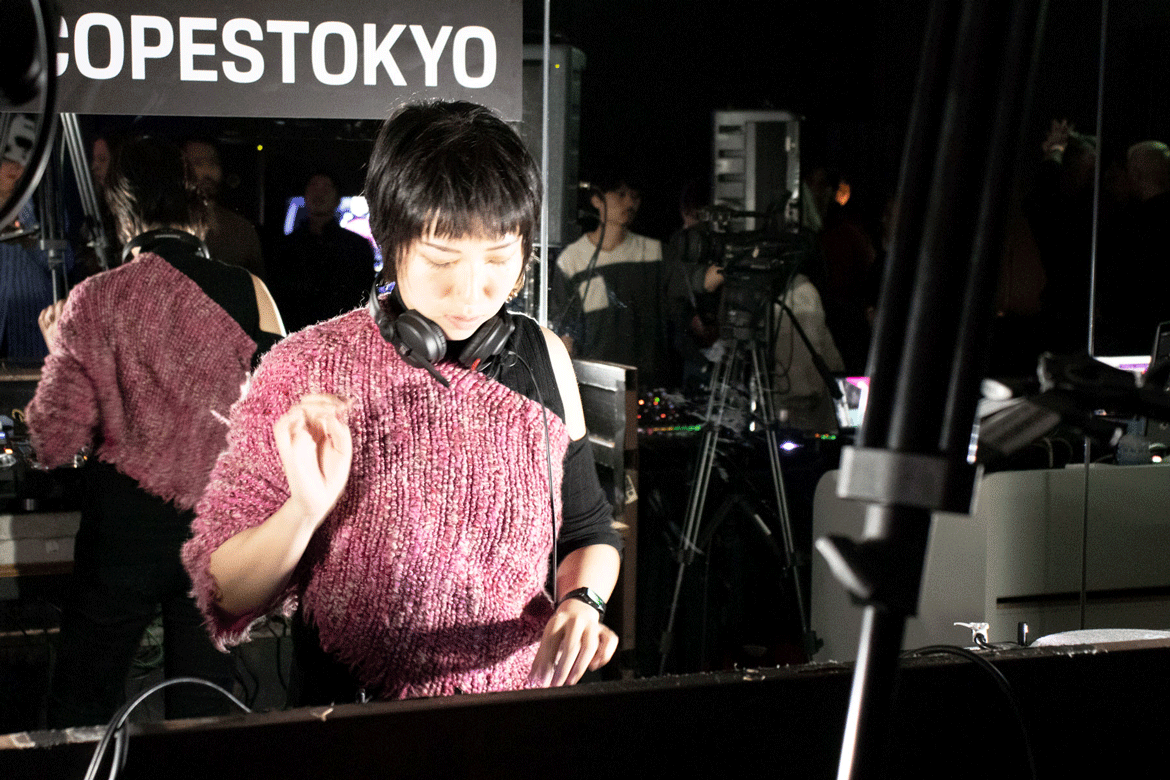 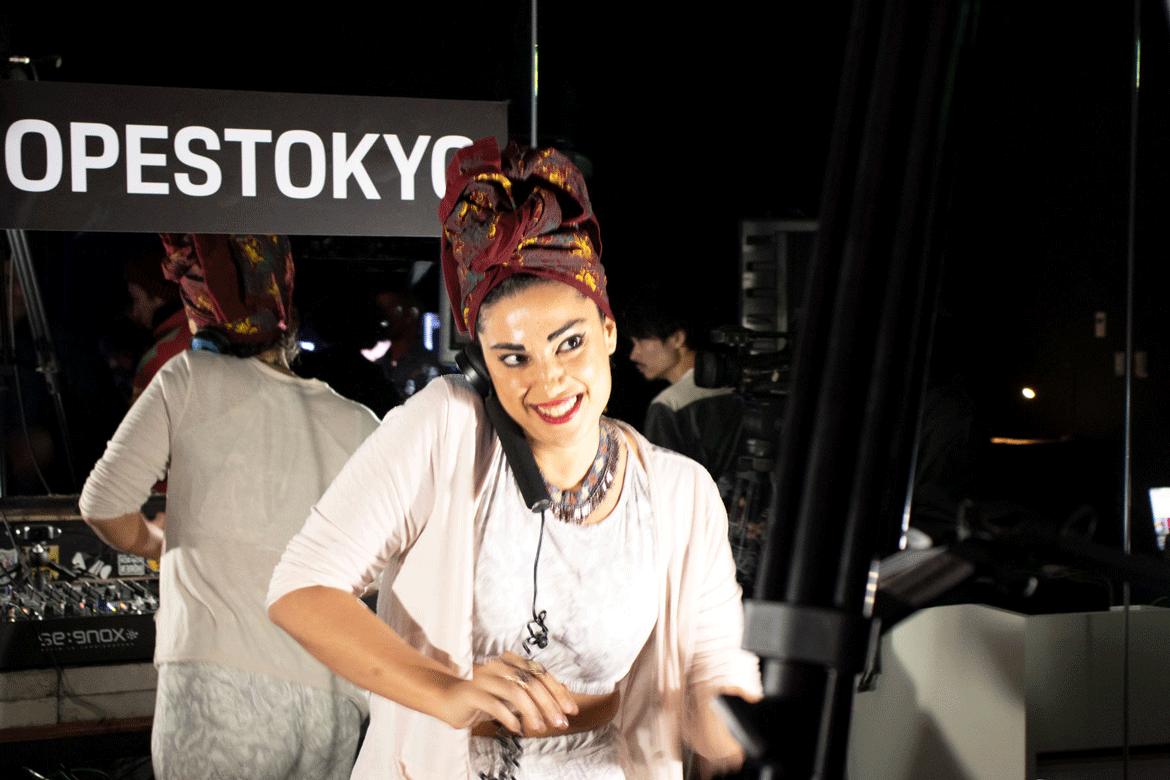