Searching for calmness in the chaos

Johannes is an exhibition designer and video artist based in Berlin. In his free projects he focuses on playful and serial forms of video installation. His film “Indian Alps” (2012) won the Innovative Film Award at the Austrian film festival YOUKI. “Floating Japan” was filmed over the span of six months as Johannes traveled through various different areas within Japan, including Osaka, Tokyo, and Kyoto. The entire film was shot through the lense of a handheld smartphone.

After a relaxing DJ set by Ed Edgar who played all kinds of New Age Electronic Music from 80-90s Japan, Johannes gave us a short introduction. He explained how he hoped his film would help viewers understand his experience while traveling in Japan; to understand the sometimes overwhelming effect of everything around him. He also spoke of how he hoped viewers would not only experience the visual side of his travels, but also the emotional.

After watching the film, what stuck with me most was Johannes’ use of contrast. Not only in respect to the imagery but also the sounds. Starting from the beginning, the title was written in black on a white background, in contrast to the final scene where it was written in white lettering on a black background.

The film begins with a long shot of bright white jellyfish moving slowly in a sea of darkness. The contrast to the scene came later when Johannes captured what looked like a highway of fish rapidly moving together, with a similar contrast of white fish and dark water. Throughout the film there were scenes of very serene, calm moments in comparison to other scenes of the hustle bustle of cities like Tokyo and Osaka.

There were moments when the perspective shifted so quickly that as a viewer I almost got lost – in the best way possible. Sometimes it was unclear when one scene ended and the next began. The images were also not always very clean, they could be foggy and shaky, this added to the feeling that I was in the moment and not just an outside viewer looking in. I liked that it wasn’t perfect. Different images would often lay over each other or fade into one another. Some shots showed beauty and serenity, while others were loud and not, as one might put it, “aesthetically pleasing”. This movie was real, and that is one of the things I liked most about it. These words I do not often see together, but I would describe this film as “calming chaos”. 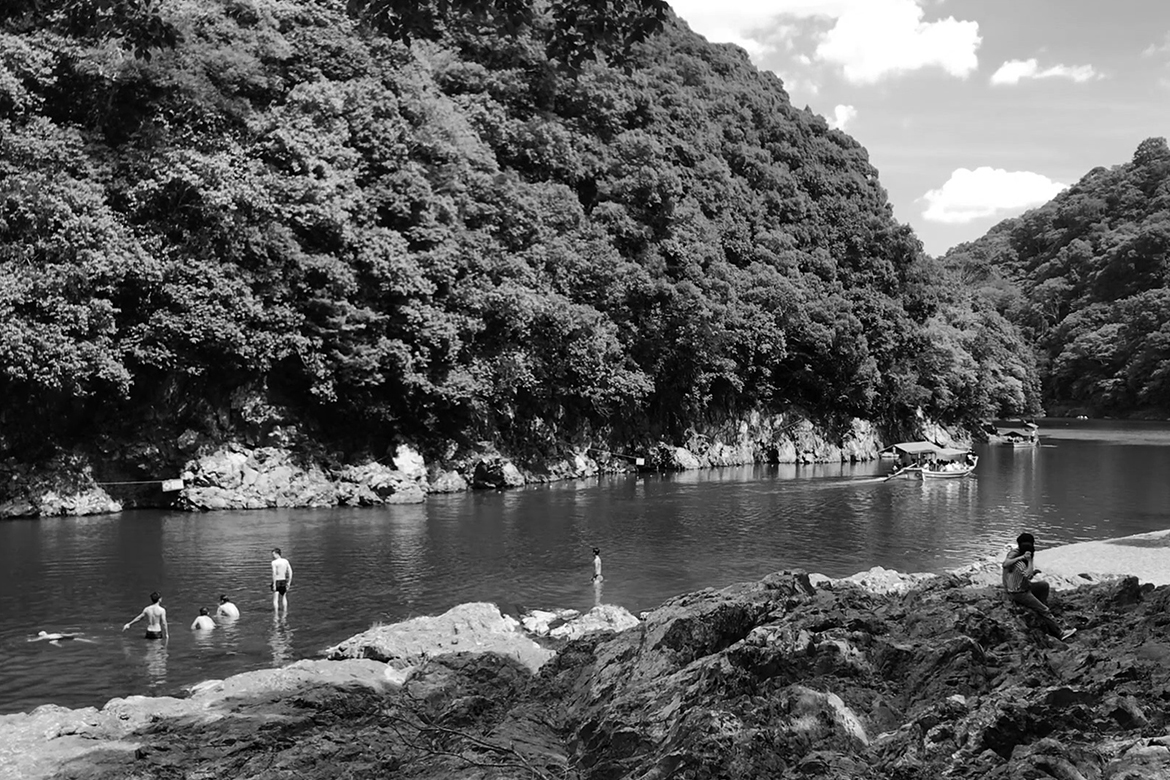 After the screening, during the question and answer portion of the event, Johannes shared a bit more about his process. He spoke of how, “in [a] city everything comes together and things are a bit crazy, but there are also pockets of calm. I was searching for calmness.” He also took the time to explain why he chose to present the imagery in black and white. He shared how he felt that everything was too colorful, and that is why he decide to make the film black and white. He wanted the constant contrast to act as a “glue” between all of the scenes and sounds. In this way it is easier for the viewer to focus on the sounds, lights, fading, and movement. 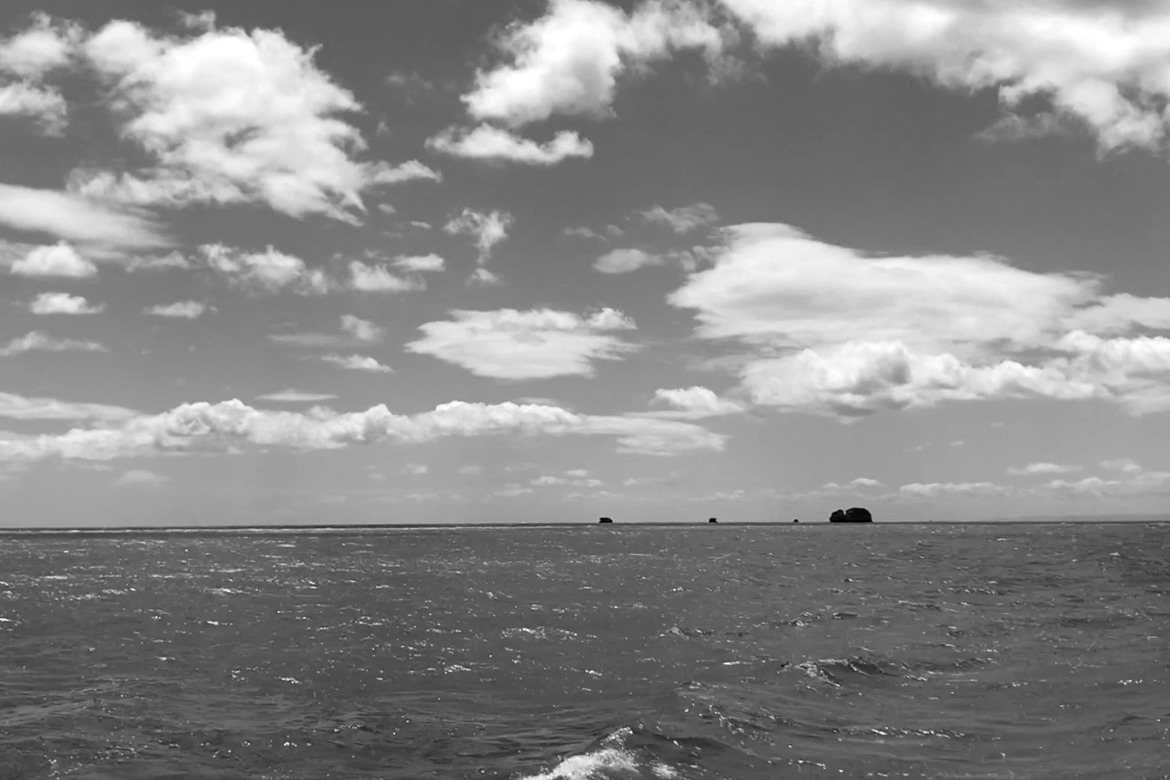 What I enjoyed most about this journey to find calmness was that the moments where it was found were often unexpected. Yes, there were scenes of beautiful open water and nature and things like that, but there were also scenes that showed the architecture of a building or a moving statue that to me best illustrated these “pockets of calmness”. These unexpected moments of train rides on a rainy day and sitting in front of a conveyor belt of sushi, these are the kind of moments that I found myself catching a glimpse of calmness in the city. These gems are, to me, what sets this film apart from any other film I have seen of this kind.