“People can do something, when they come together”

Last week, Professor Hiroshi Tsutomi from the University of Shizuoka and four of his students spent an entertaining afternoon with us. They came to Berlin to learn about local communities, social projects and urban development.

We met the group at Atelier Fanelsa in Kreuzberg – its founder Niklas is our appreciated advisor for NION’s architectural issues. First, he explained the changing situation around Moritzplatz where also NION Base is located. Therefore, Niklas showed us a street poster created within the public art project Moritzplatz – Emotional Blackmail after a big real estate firm has acquired several pieces of land nearby. As a result, many people and cultural institutions will have to move away, the rent will increase and the neighborhood’s identity will be drastically redefined. The placards were designed to create an awareness of this issue.

Niklas is also an active member of Kieznetzwerk Kreuzberg – a bottom up initiative where social players and business people from the area work together to preserve its culture and atmosphere.

When asked why he has moved to Berlin and especially to Kreuzberg, Niklas emphasized the city’s international, innovative and open spirit. Many debates and exhibitions are happening here, and he has become a part of it by now. For example, he worked on a project that re-used the Urban Forest buildings, once designed by Japanese Atelier Bow Wow for a “Wohnungsfrage” (Questions on Living) lecture series at Berlin’s Haus der Kulturen der Welt. The construction stood there as a walk-in installation.

At that time, a lot of refugees came to Germany, which was accompanied by the question of living space. Soon, the former Tempelhof Airport became the best-known example of refugee accommodation. To create an area for playing and learning, the buildings from the exhibition were set up as a kindergarten.

This summer, they were re-used a second time and became part of Floating University Berlin – an inner city offshore-laboratory for collective, experimental learning, knowledge transfer and the formation of trans-disciplinary networks to challenge routines and habits of urban practices.

The appreciation of humans, animals and plants alike 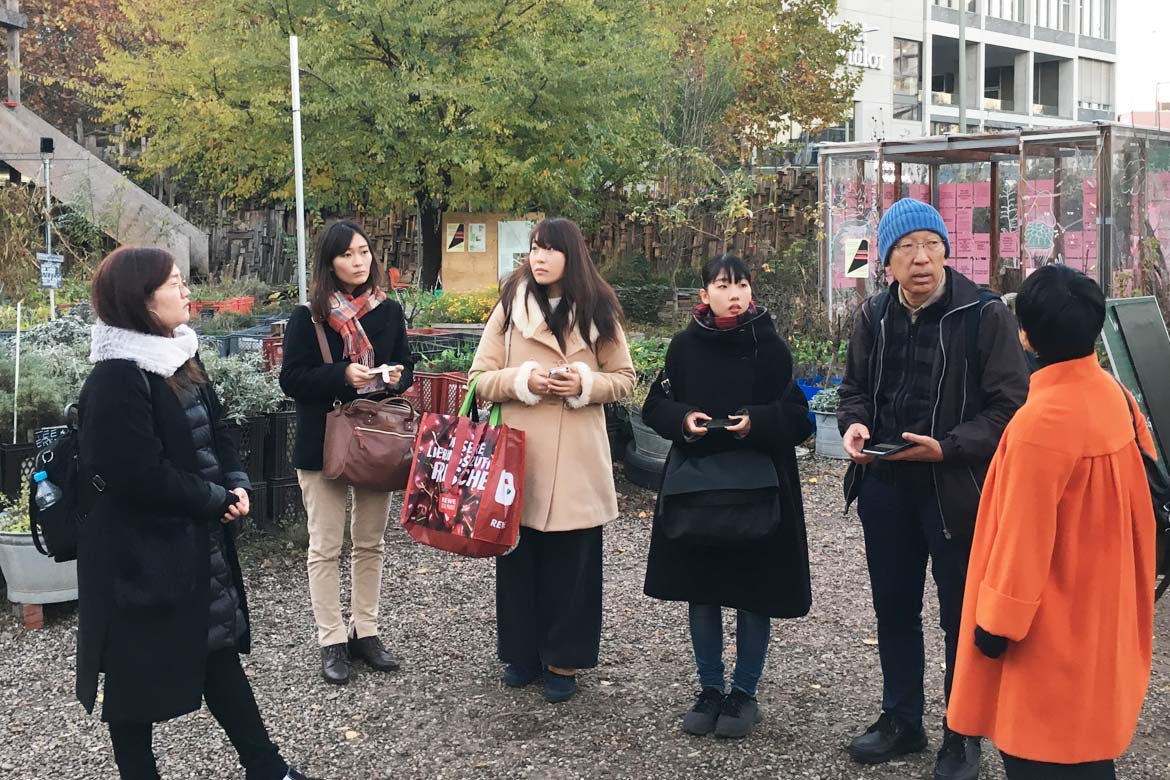 On our way back to NION Base, we stopped by Prinzessinnengärten, a former wasteland, located directly at Moritzplatz. Residents have converted it into an urban garden and the area is rented annually from the city. There, you find container buildings and the plants are growing in recycled plastic boxes, Tetra Paks or rice bags, so the garden is always mobile. Again, we saw the “Emotional Blackmail” posters, this time written in German, Turkish and English. 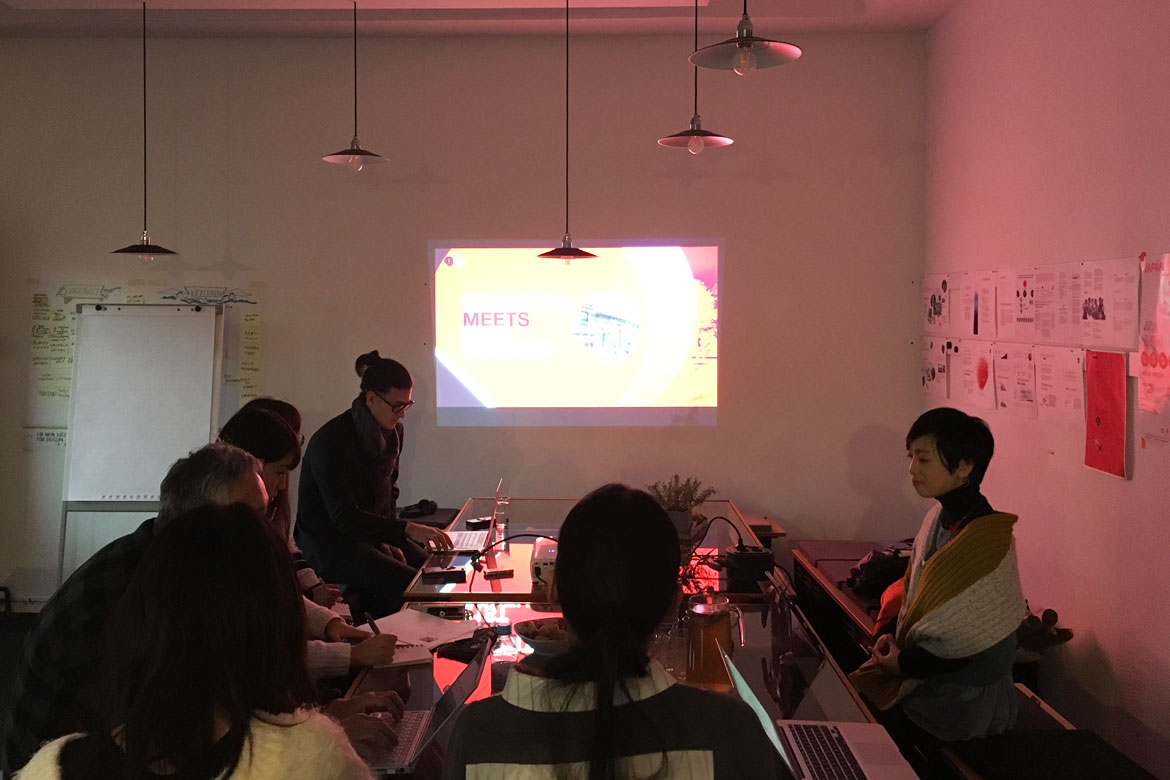 At NION Base, Ryo introduced our project that wants to create a vibrant new space within the city where everyone is welcome and respected: young and old people with different economic and social backgrounds, humans and animals alike. Thus, since the beginning, NION is an urban development project for, by, and with Berliners. The NION Community is constantly growing and will start its first urban gardening project next spring.

In addition, Ryo presented to the group our ideas for the different NION areas, which also include learning, art and health centers, residency programs for craftsmen and artists, a huge community garden and an inspiring living environment.

After a vivid Q&A-Session, we turned the tables and asked our Japanese guests about their most remarkable experiences in Berlin.

The day before, they had visited the renowned Tierheim (the local animal shelter) and a home for children of parents with addiction problems. So it was no surprise that most of the students’ answers were about these topics.

They noticed that people let kids be who they are and value their playtime. The girls were also impressed by the good treatment of animals, even in shelters, and they observed a huge amount of dogs everywhere in the streets. In Japan, only a few people have tiny dogs, especially in the big cities. Another positive topic was the valuation of plants – did you know that you have to ask for permission to cut down a tree, even if it is yours?

Whereas Professor Tsutomi acknowledged that people build networks and cooperate for shared purposes, mostly without profit, often on a donation basis: “It seems like people think, they can do something, when they come together. I don’t see this often in Japan.”