A subtle link between Japanese fashion and Berlin Schöneberg

Recently, designer Osamu Arai presented his latest collection, named Steiner, at NION Base. He lives in Berlin, but draws reference from his native Gunma, the traditional center of silk production in Japan.

Thanks to the extraordinary wooden stands, each with several pieces of clothing hanging from them, NION Base resembled a wonderful forest of blouses, jackets, trousers, skirts and scarves to roam in a relaxed way. It was a great pleasure to touch the high quality materials and to combine several pieces of clothing to an outfit that seemed to be simple only at first sight – there was something special about each of them, be it a crease, a pattern or an unusual cut.

But I really fell for the mittens, which felt wonderful and whose special feature was an additional finger separation. Arai hopes that wearing them would result in new brain connections and in the beginning it really felt a bit unfamiliar, but nevertheless exciting. 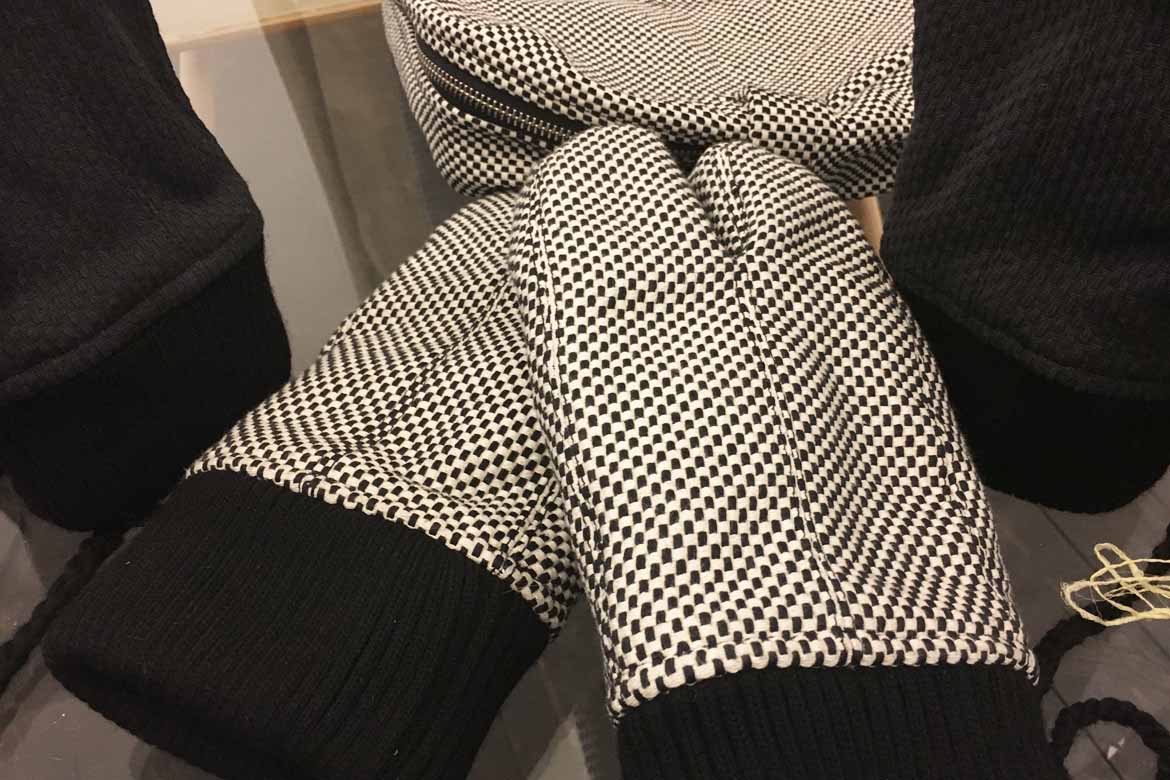 Arai uses also material that has been forgotten or overlooked, such as the by-products of silk production, that he even exhibited. His approach is to combine innovation and traditional materials, a recontextualization of fabric from the past to create modern garments.

But why Steiner as the name for his collection? The answer is as simple as it is amusing:
Arai once lived in Motzstraße – like Rudolf Steiner, the founder of anthroposophy – and if you take a closer look at Arai’s catalogue, you will notice that all his clothes are named after streets in Schöneberg. A discreet and thus even more wonderful homage to Berlin, where all his clothes are produced.